- Humanism, Scholasticism and the Search for the Perfect Language 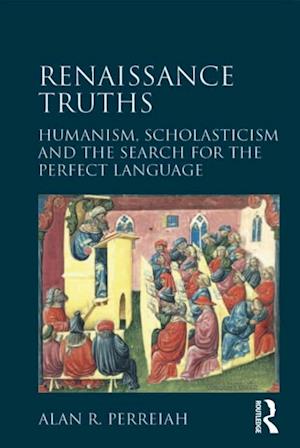 Though they have long been portrayed as arch rivals, Alan Perreiah here argues that humanists and scholastics were in fact working in complementary ways toward some of the same goals. After locating the two traditions within the early modern search for the perfect language, this study re-defines the lines of disagreement between them. For humanists the perfect language was a revived Classical Latin. For scholastics it was a practical logic adapted to the needs of education. Succeeding chapters examine the concepts of linguistic meaning and truth in Lorenzo Valla's Dialectical Disputations and Juan Luis Vives' De disciplinis. The third chapter offers a new interpretation of Vives' Adversus pseudodialecticos as itself an exercise in scholastic sophistry. Against this humanistic background, the study takes up the concepts of meaning and truth in Paul of Venice's Logica parva, a popular scholastic textbook in the Quattrocento. To advance recent research on language pedagogy in the Renaissance, it clarifies the connections between truth and translation and shows how scholastic logic performed an essential task in the early modern university: it was a translational language that enabled students who spoke mainly their regional vernaculars to learn the language of university discourse. A conclusion reviews some major themes of the study-e.g., linguistic determinism and relativity, vernacularity and translation, semantical vs. epistemic truth-and evaluates the achievements of humanism and scholasticism according to appropriate criteria for a perfect language.