- Ancient and Modern Contests over the Image of the Apostle 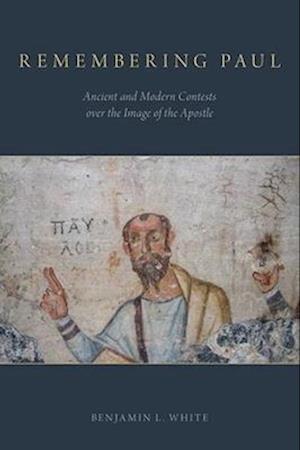 Who was Paul of Tarsus? Radical visionary of a new age? Gender-liberating progressive? Great defender of orthodoxy? In Remembering Paul, Benjamin L. White offers a critique of early Christian claims about the real Paul in the second century C.E.a period in which apostolic memory was highly contestedand sets these ancient contests alongside their modern counterpart: attempts to rescue the historical Paul from his canonical entrapments. Examining numerous early Christian sources, White argues that Christians of the second century had no access to the real Paul. Rather, they possessed mediations of Paul as a personaidealized images transmitted in the context of communal memories of the Apostle. Through the selection, combination, and interpretation of pieces of a diverse earlier layer of the Pauline tradition, Christians defended images of the Apostle that were important for forming collective identity. As products of memory,images of Paul exhibit unique mixtures of continuity with and change from the past. Ancient discourses on the real Paul, thus, like their modern counterparts, are problematic. Through a host of exclusionary practices, the real Paul, whose authoritative persona carries authority as the first window into Christianity, was and continues to be invoked as a wedge to gain traction for the conservation of ideology.

Forfattere
Bibliotekernes beskrivelse In Remembering Paul, Benjamin L. White offers a theoretical and methodological examination of the legacy of the Apostle Paul in which he explores the way Paul was remembered in the century after his death, as well as the discursive practices that accompanied claims about the "real" Paul in a period in which apostolic memory was highly contested.