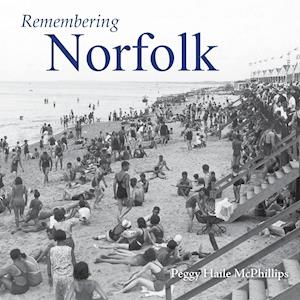 Norfolk's history has been described as one composed of a series of challenges and responses to those challenges. Burned to the ground in early 1776, financially ruined barely 30 years later, decimated by yellow fever in 1855, occupied by a hostile Army during the American Civil War, Norfolk has always found a way to rise to its feet and rebound stronger than ever. With a selection of fine historic images from her best-selling book, Historic Photos of Norfolk, Peggy Haile McPhillips provides a valuable and revealing historical retrospective on the growth and development of Norfolk. Remembering Norfolk examines the history of this spunky City by the Sea during the century from Civil War to Civil Rights, a period that included two world wars, massive urban renewal, and new beginnings. Published in striking black-and-white, the images on these pages capture historic events and everyday moments from Norfolk's past, and turn a lens on challenges met and mastered for future growth and prosperity.