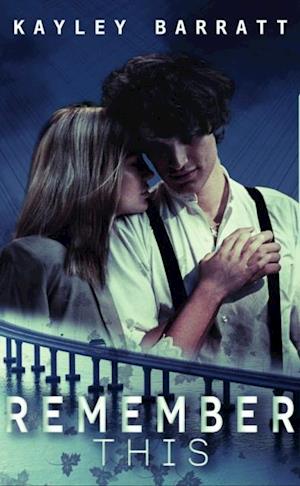 Molly has never felt safe. For four years she has lived in constant fear that the serial killer that murdered her family is coming for her. She has been moved around the country continuously, dropped off with a new foster family every couple of months that are too out of their depth to deal with her. When she is relocated back to California at seventeen, Molly has nothing left to live for. Believing that suicide is her only option, Molly makes the brave decision to end it all one fateful night. She had the perfect plan; nothing was supposed to go wrong. Her new foster family have merely known her a couple of months and she was certain that they'd never miss her. Just one choice, one jump, and she'd be with her family again. Charlie has never had to consider his own empathy towards strangers. He's arrogant, selfish and becomes unbearably irritated with other people's problems. But when he sees Molly standing on the edge of the bridge and ignores every part of himself that wants to walk away, something awakens inside of him that he never realized was there. Saving her was just the beginning. The two are thrown together in a world-wind friendship of hope, healing and passion as they endure the temptation of love and the danger of a sadistic killer that isn't willing to let Molly go.