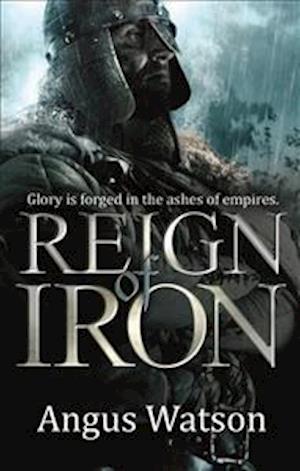 THE ACTION-PACKED FINAL VOLUME IN THE EPIC TRILOGY THAT FANTASY FANS EVERYWHERE ARE TALKING ABOUT'Unflinchingly bloodthirsty and outrageously entertaining' Christopher Brookmyre 'It simply grabbed me by the throat and wouldn't let go' Bibliosanctum 'Gore soaked and profanity laden - full of visceral combat and earthy humor' Publishers Weekly 'Would I read the next one? Yes, absolutely. Bring me my hammer, bring my beer, bring it on!' SF Crowsnest 'Fun and addictive' Fantasy FactionInvaders have massacred and pillaged their way through neighbouring kingdoms and loom on the far side of the sea, ready to descend upon the fortress of Maidun - with them are an unstoppable legion of men twisted by dark magic. Somehow Queen Lowa's army must repel the invasion, although their best general is dead and their young druid powerless. She faces impossible odds, but when the alternative is death or slavery, a warrior queen will do whatever it takes to save her people.For more epic action from Angus Watson, check out:West of West TrilogyYou Die When You DieThe Land you Never LeaveWhere Gods Fear to GoThe Iron Age TrilogyAge of IronClash of IronReign of Iron