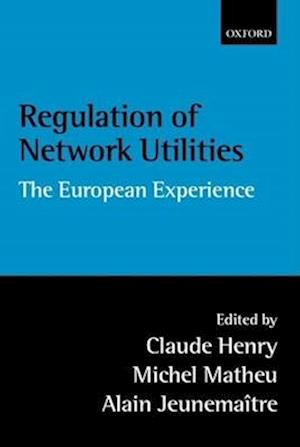 Propelled by deep technical, economic, and cultural changes, network utilities have, in the last twenty years, entered a new era. Since competition has been widely introduced and promoted, we have experienced a radical change in the structure of the industries and the role of the state authorities. Their role in managing monopolies has evolved into regulating new forms of markets, which has resulted in the creation of independent regulatory authorities. These newpublic bodies work with governments to try and reconcile the needs of competition and public service missions. This suggests the use of recent developments in economic theory to handle complex problems.This volume offers an exploration by scholars and regulators of the new regulatory regimes across Europe. The first part presents the pioneering experiences of the United Kingdom and Sweden. The United Kingdom has quickly chosen to establish powerful and independent individual regulators. Reforms in Sweden have been more gradual and regulators have, in the first instance, acted mainly as mediators.Part two is devoted to second wave developments that took place in various European countries, i.e. France, Germany, Italy, and Spain, countries where the legal tradition is less conducive to the concept of independent regulators. There the regulators are often (but not always) less powerful and meet more obstacles in their efforts to prevent either the formation of oligopolies or the resistance of incumbent monopolies. In Germany another problem has emerged as the federal tradition preventsthe creation of independent regulators in certain key sectors.The contributions in the third part of the volume throw some light on the problems of coordinating national regulations. One can observe the continuous emergence of modes of cooperation between national regulators, as well as European authorities. Faced with certain categories of problem, the European authorities are themselves led to act as common regulators. The countries of central and eastern Europe, which are progressively converging towards the general economic model of the West, aremore and more concerned with the accompanying regulation problems. Last but not least, the Internet raises worldwide problems of regulation that are beginning to be seriously considered.

Forfattere
Bibliotekernes beskrivelse This volume covers various aspects of the regulation of European network utilities, and the chapters are written by academics and regulators working in the field. This is a fast-moving area, which is currently the focus of much attention, and this collection explores the issues from a detailed, case study-based perspective. numerous tables and figures