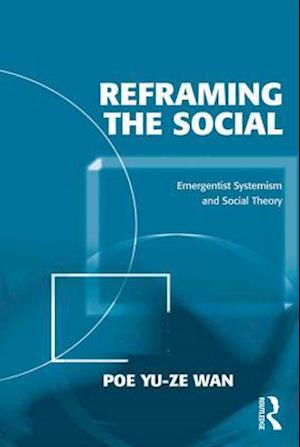 Drawing extensively on the research findings of natural and social sciences both in America and Europe, Reframing the Social argues for a critical realist and systemist social ontology, designed to shed light on current debates in social theory concerning the relationship of social ontology to practical social research, and the nature of 'the social'. It explores the works of the systems theorist Mario Bunge in comparison with the approach of Niklas Luhmann and critical social systems theorists, to challenge the commonly held view that the systems-based approach is holistic in nature and necessarily downplays the role of human agency. Theoretically sophisticated and investigating the work of a theorist whose work has until now received insufficient attention in Anglo-American thought, this book will be of interest to those working in the field of social theory, as well as scholars concerned with philosophy of social science, the project of analytical sociology, and the nature of the relationship between the natural and social sciences.