- Book Two of the Destruction Trilogy 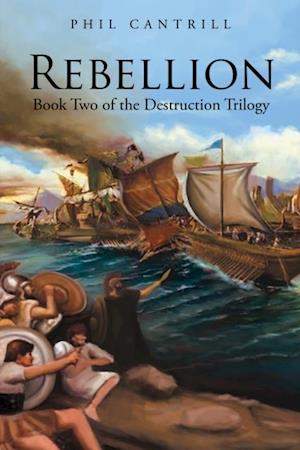 For thirteen years, Prince Erech of Athenai has lived as a hostage of the Empire. On the eve of his much-anticipated release, Erech is severely wounded by Imperial guards who have mistaken him for an assassin intent on slaying their crown prince. Furious to learn of his sons injuries, King Pandion refuses the Imperial demand to send another hostage. Such defiance can only be interpreted as an act of wara war he cannot hope to win. Only Erech, tutored in the empires sciences, has the knowledge and skills to save his homeland. But first he must content with the machinations of his nemesis, Al-Jinn, the evil high priest of Belnot to mention those of Queen Zeuxippe, his own scheming mother. With only limited time, Erech and his twin brother Boutes call on their every skill, friendship, and honor debt. As war looms, Boutes sets out on a desperate search for allies in faraway lands. At home, Erech slowly recuperates, worried that he will not have the strength needed for the final battle. Even with help from unexpected quarters Pandion's forces, still vastly outnumbered, must test to their utmost the friendships, skills and knowledge Erech gained while a hostage if they are to avoid annihilation by a ruthless enemy.