Realm of the Hare 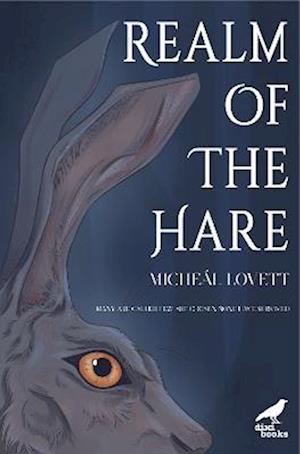 Boudicca Moriarty never thought she would become a child warrior or that she would have to fight to save her mother's life. Yet leaving behind the quiet world of her young life after her mother's strange disappearance, she finds all of this will come to pass. Boudicca moves in with her Irish grandparents in the small cottage farm and there finds a mysterious locket containing a tiny book. This leads her to join forces with a wild hare called 'Finn', they travel to the ancient world of the Ullauns, in the nearby Killarney National Park. Here she joins a group called the Ullaunites, a band of child warriors, who are the last defenders of Nature from the Regnum, a dark army led by Mustela, who craves Nature and the power of its secrets. Both sides in this war seek the Child of Bears, a collection of seven books that hold the secrets of the Universe. One of these seven books is in Boudicca's silver locket, and thus joins a war that has been raging for numberless eternities, crowded with treachery, intrigue and magic. To survive this war and to find her mother, Boudicca must leave behind her childhood, become an Ullaunite warrior and do her utmost to protect Nature, before all is lost to the Regnum.

Forfattere
Bibliotekernes beskrivelse While searching for her missing mother, Boudicca Moriarty finds a silver locket containing a tiny book, prompting her to leave her home and join a tribe of child warriors. With the heightened awareness and need to tackle climate change this book focuses on the fictional players that participate in this struggle for nature.