Reading the Jewish Woman on the Elizabethan Stage 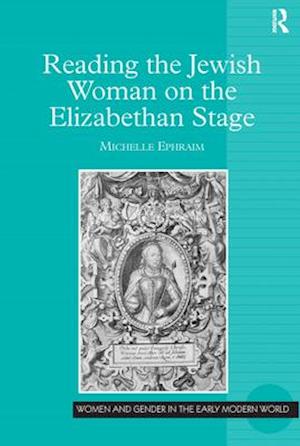 The first book-length examination of Jewish women in Renaissance drama, this study explores fictional representations of the female Jew in academic, private and public stage performances during Queen Elizabeth I's reign; it links lesser-known dramatic adaptations of the biblical Rebecca, Deborah, and Esther with the Jewish daughters made famous by Christopher Marlowe and William Shakespeare on the popular stage. Drawing upon original research on early modern sermons and biblical commentaries, Michelle Ephraim here shows the cultural significance of biblical plays that have received scant critical attention and offers a new context with which to understand Shakespeare's and Marlowe's fascination with the Jewish daughter. Protestant playwrights often figured Elizabeth through Jewish women from the Hebrew scripture in order to legitimate her religious authenticity. Ephraim argues that through the figure of the Jewess, playwrights not only stake a claim to the Old Testament but call attention to the process of reading and interpreting the Jewish bible; their typological interpretations challenge and appropriate Catholic and Jewish exegeses. The plays convey the Reformists' desire for propriety over the Hebrew scripture as a "prisca veritas," the pure word of God as opposed to that of corrupt Church authority. Yet these literary representations of the Jewess, which draw from multiple and conflicting exegetical traditions, also demonstrate the elusive quality of the Hebrew text. This book establishes the relationship between Elizabeth and dramatic representations of the Jewish woman: to "play" the Jewess is to engage in an interpretive "play" that both celebrates and interrogates the religious ideology of Elizabeth's emerging Protestant nation. Ephraim approaches the relationship between scripture and drama from a historicist perspective, complicating our understanding of the specific intersections between the Jewess in Elizabethan drama, biblical commentaries, political discourse, and popular culture. This study expands the growing field of Jewish studies in the Renaissance and contributes also to critical work on Elizabeth herself, whose influence on literary texts many scholars have established.

Forfattere
Bibliotekernes beskrivelse Examining Jewish women in Renaissance drama, this study explores fictional representations of the female Jew in academic, private and public stage performances during Queen Elizabeth I's reign. It also contributes to the critical work on Elizabeth herself, whose influence on literary texts many scholars have established.