Re-scheduling Television in the Digital Era 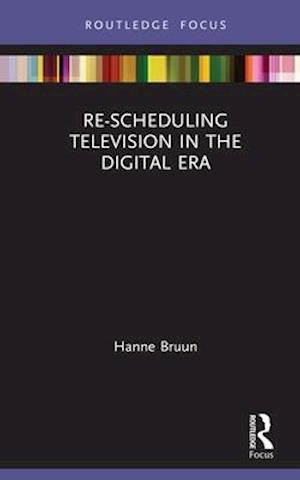 This book explores how the television industry is adapting its production culture and professional practises of scheduling to an increasingly non-linear television paradigm, a testing ground where different communicative tools are tried out in a volatile industry.Based on four case studies the book argues that a new television paradigm is being produced from within the multiplatform television organisations themselves in order to adapt to changing viewer habits and the tensions between digital and broadcast television. Drawing on a unique genre and production studies approach that cuts across the humanities and sociology in television studies, chapters cover in-depth studies of:* The communicative changes to the on-air schedule as a televisual text phenomenon in the digital era, and how the conceptualisations of the audience are changing in scheduling and curation for multiplatform portfolios* The changing production culture of scheduling in companies for their multiplatform portfolios* The dilemmas of curation in multiplatform portfolios.Situated at the intersection of the humanities and sociology in media production studies, this book will be of key interest to scholars and students of television studies, media production studies and cultural studies and to researchers and media professionals and management in the television industry.