Raiders Of The Nile 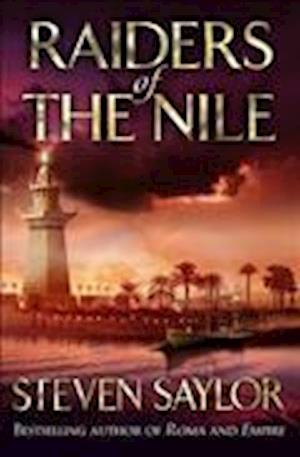 Gordianus is now twenty-two years old and living in Alexandria with Bethesda, scraping by in modest and haphazard fashion. But then Bethesda is kidnapped by mistake. With few resources available to him, Gordianus has to find the people who kidnapped her and get her back - before they realise they have the wrong woman and dispose of her for good.A raid on the golden tomb of Alexander the Great, a semi-shady troupe of travelling performers, highwaymen, amorous innkeepers, the politics of the pharaohs, smugglers, camels and an adventure up the Nile all combine to make this a rescue mission neither Gordianus - or Bethesda - will ever forget.Praise for Steven Saylor:'The Saylor hallmarks are meticulous recreation of Rome's grimy bustling streets and a brilliantly drawn cast of minor characters.' The Sunday Times 'A compelling storyteller, with a striking talent for historical reconstruction.' Times Literary Supplement