- On the Social and Psychic Lives of Asian Americans 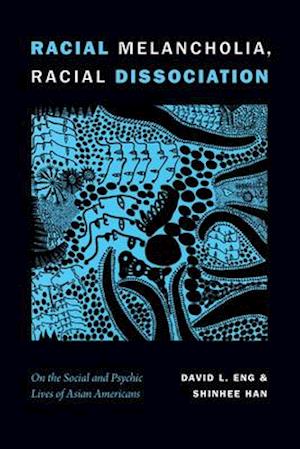 In Racial Melancholia, Racial Dissociation critic David L. Eng and psychotherapist Shinhee Han draw on case histories from the mid-1990s to the present to explore the social and psychic predicaments of Asian American young adults from Generation X to Generation Y. Combining critical race theory with several strands of psychoanalytic thought, they develop the concepts of racial melancholia and racial dissociation to investigate changing processes of loss associated with immigration, displacement, diaspora, and assimilation. These case studies of first- and second-generation Asian Americans deal with a range of difficulties, from depression, suicide, and the politics of coming out to broader issues of the model minority stereotype, transnational adoption, parachute children, colorblind discourses in the United States, and the rise of Asia under globalization. Throughout, Eng and Han link psychoanalysis to larger structural and historical phenomena, illuminating how the study of psychic processes of individuals can inform investigations of race, sexuality, and immigration while creating a more sustained conversation about the social lives of Asian Americans and Asians in the diaspora.

Forfattere
Bibliotekernes beskrivelse David L. Eng and Shinhee Han draw on psychoanalytic case histories from the mid-1990s to the present to explore how first- and second-generation Asian American young adults deal with difficulties such as depression, suicide, and coming out within the larger social context of race, immigration, and sexuality.