indgår i serie Contemporary Introductions to Philosophy of Language 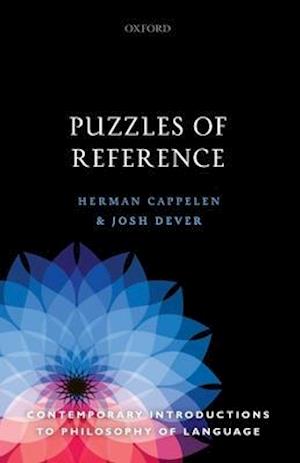 When cash-strapped local governments fail to provide adequate services, and planning policies prioritize economic development over community needs, how do concerned citizens respond? In The Help-Yourself City, Gordon Douglas looks closely at the people who take urban planning into their own hands, dubbed "do-it-yourself urban design." Through in-depth interviews with do-it-yourselfers, professional planners, and community members, as well as participantobservation, photography, media, and policy analysis, Douglas demonstrates that many do-it-yourselfers employ professional techniques and expertise to enable and inspire their actions. He argues that many unauthorized interventions are created from a position of privilege, where legal repercussions are unlikely,while people from disadvantaged communities where improvements may be most needed face disincentives to taking such actions themselves. Presenting a needed social analysis of this growing trend, while connecting it to debates on inequality, citizenship, and contemporary urban political economy, The Help-Yourself City tells a street-level story of people's relationships to their surroundings and the individualization of democratic responsibility.Greek and Roman epic poetry has always provided creative artists in the modern world with a rich storehouse of themes. Tim Supple and Simon Reade's 1999 stage adaptation of Ted Hughes' Tales from Ovid for the RSC heralded a new lease of life for receptions of the genre, and it now routinely provides raw material for the performance repertoire of both major cultural institutions and emergent, experimental theatre companies. This volume represents the first systematic attempt to chart the afterlife of epic in modern performance traditions, with chapters covering not only a significant chronological span, but also ranging widely across both place and genre, analysing lyric, film, dance, and opera from Europe to Asia and the Americas. What emerges most clearly is how anxieties about the ability to write epic in the early modern world, together with the ancient precedent of Greek tragedy's reworking of epic material,explain its migration to the theatre. This move, though, was not without problems, as epic encountered the barriers imposed by neo-classicists, who sought to restrict serious theatre to a narrowly defined reality that precluded its broad sweeps across time and place. In many instances in recentyears, the fact that the Homeric epics were composed orally has rendered reinvention not only legitimate, but also deeply appropriate, opening up a range of forms and traditions within which epic themes and structures may be explored. Drawing on the expertise of specialists from the fields of classical studies, English and comparative literature, modern languages, music, dance, and theatre and performance studies, as well as from practitioners within the creative industries, the volume is ableto offer an unprecedented modern and dynamic study of 'epic' content and form across myriad diverse performance arenas.Sacrifice and Modern War Literature is the first book to explore how writers from the early nineteenth century to the present have addressed the intimacy of sacrifice and war. It has been common for critics to argue that after the First World War many of the cultural and religious values associated with sacrifice have been increasingly rejected by writers and others. However, this volume shows that literature has continued to address how differentconceptions of sacrifice have been invoked in times of war to convert losses into gains or ideals. While those conceptions have sometimes been rooted in a secular rationalism that values lost lives in terms of political or national victories, spiritual and religious conceptions of sacrifice are also still in evidence,as with the 'martyrdom operations' of jihadis fighting against the 'war on terror'.Each chapter presents fresh insights into the literature of a particular conflict and the contributions explore major war writers including Wordsworth, Kipling, Ford Madox Ford, and Elizabeth Bowen, as well as lesser known authors such as Dora Sigerson, Richard Aldington, Thomas Kinsella, and Nadeem Aslam. The volume covers multiple genres including novels, poetry (particularly elegy and lyric), memoirs, and some films. The contributions address a rich array of topics related to wartimesacrifice including scapegoating, martyrdom, religious faith, tragedy, heroism, altruism, 'bare life', atonement, and redemption.It is a fundamental feature of language that words refer to things. Much attention has been devoted to the nature of reference, both in philosophy and in linguistics. Puzzles of Reference is the first book to give a comprehensive accessible survey of the fascinating work on this topic from the 1970s to the present day. Written by two eminent philosophers of language, Puzzles of Reference offers an up-to-date introduction to reference in philosophy and linguistics, summarizing ideas such as Kripke's revolutionary theory and presenting the various challenges in a clear and accessible manner. As the text does not assume prior training in philosophy or linguistics, it is ideal for use as part of a philosophy of language course for philosophy students or for linguistics students. Puzzles of Reference belongs to the series Contemporary Introductions to Philosophy of Language, in which each book provides an introduction to an important area of the philosophy of language, suitable for students at any level.

Forfattere
Bibliotekernes beskrivelse In The Help-Yourself City, Gordon Douglas looks closely at the people who take urban planning into their own hands, dubbed "do-it-yourself urban design" and exposes the ways that DIY urban design are increasingly celebrated and appropriated into economic development efforts that perpetuate cycles of inequality for disadvantaged communities.Greek and Roman epic poetry has always provided creative artists with a rich storehouse of themes: this volume is the first systematic attempt to chart its af