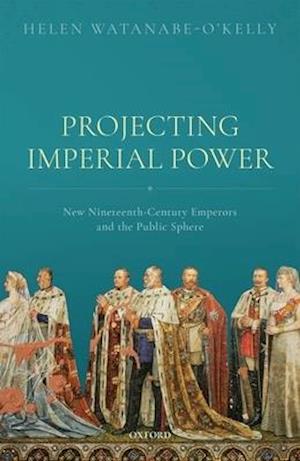 The nineteenth century is notable for its newly proclaimed emperors, from Franz I of Austria and Napoleon I in 1804, through Agustin of Mexico, Pedro I of Brazil, Napoleon III of France, Maximilian of Mexico, and Wilhelm I of Germany, to Victoria, empress of India, in 1876. These monarchs projected an imperial aura through coronations, courts, medals, costumes, portraits, monuments, international exhibitions, festivals, religion, architecture, and town planning.They relied on ancient history for legitimacy while partially espousing modernity. Projecting Imperial Power is the first book to consider together these newly proclaimed emperors in six territories on three continents across the whole of the long nineteenth century.The first emperors' successors-Pedro II of Brazil, Franz Joseph of Austria, and Wilhelm II of Germany-expanded their panoply of power, until Pedro was forced to abdicate in 1889 and the First World War brought the Austrian and German empires to an end. Britain invented an imperial myth for its Indian empire in the twentieth century, but George VI still had to relinquish the title of emperor in 1947.Using a wide range of sources, Projecting Imperial Power explains the imperial ambition behind the cities of Berlin, Paris, Vienna, and New Delhi. It discusses the contested place of the emperors and their empires in national cultural memory by examining how the statues that were erected in huge numbers in the second part of the period are treated today.