Progress Toward Restoring the Everglades 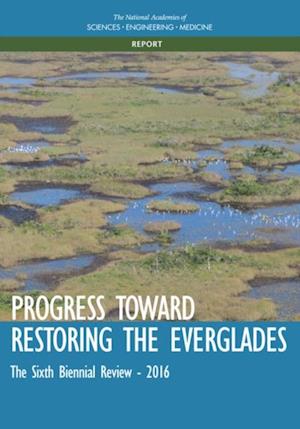 The Everglades ecosystem is vast, stretching more than 200 miles from Orlando to Florida Bay, and Everglades National Park is but a part located at the southern end. During the 19th and 20th centuries, the historical Everglades has been reduced to half of its original size, and what remains is not the pristine ecosystem many image it to be, but one that has been highly engineered and otherwise heavily influenced, and is intensely managed by humans. Rather than slowly flowing southward in a broad river of grass, water moves through a maze of canals, levees, pump stations, and hydraulic control structures, and a substantial fraction is diverted from the natural system to meet water supply and flood control needs. The water that remains is polluted by phosphorus and other contaminants originating from agriculture and other human activities. Many components of the natural system are highly degraded and continue to degrade.Progress Toward Restoring the Everglades is the sixth biennial review of progress made in meeting the goals of the Comprehensive Everglades Restoration Plan (CERP). This complex, multibillion-dollar project to protect and restore the remaining Everglades has a 30-40 year timeline. This report assesses progress made in the various separate project components and discusses specific scientific and engineering issues that may impact further progress. According to Progress Toward Restoring the Everglades, a dedicated source of funding could provide ongoing long-term system-wide monitoring and assessment that is critical to meeting restoration objectives. This report examines the implications of knowledge gained and changes in widely accepted scientific understanding regarding pre-drainage hydrology, climate change, and the feasibility of water storage since the CERP was developed.