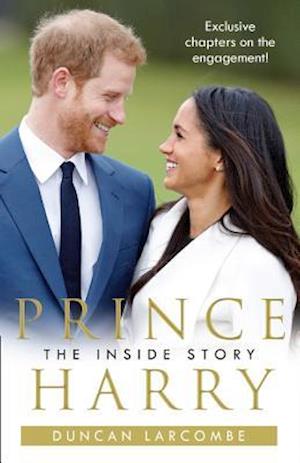 ** Now updated to cover Harry and Meghan Markle's engagement. ** Prince Henry of Wales has emerged as the unexpected jewel in the crown of the modern British monarchy. Despite his unruly antics, for which he's made headlines all over the world, Harry has won the nation's admiration and respect through his commitment to helping injured servicemen and women with the Invictus Games and his spearheading of mental health issues. With updated chapters on Harry's flourishing relationship with American actress Meghan Markle, Duncan Larcombe's insightful and highly entertaining biography is the inside story of how a young prince has grown and matured into a respected soldier, charitable fundraiser and national figurehead who still retains his reputation as a heart-throb and lovable rogue.