- Organism and Environment in American Philosophy 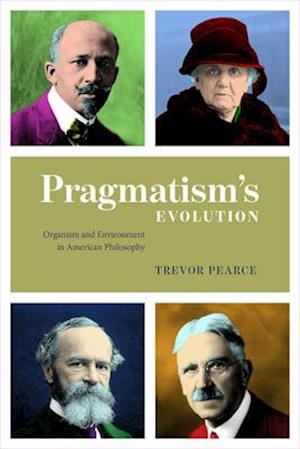 In Pragmatism's Evolution, Trevor Pearce demonstrates that the philosophical tradition of pragmatism owes an enormous debt to specific biological debates in the late 1800s, especially those concerning the role of the environment in development and evolution. Many are familiar with John Dewey's 1909 assertion that evolutionary ideas overturned two thousand years of philosophy-but what exactly happened in the fifty years prior to Dewey's claim? What form did evolutionary ideas take? When and how were they received by American philosophers? Although the various thinkers associated with pragmatism-from Charles Sanders Peirce to Jane Addams and beyond-were towering figures in American intellectual life, few realize the full extent of their engagement with the life sciences. In his analysis, Pearce focuses on a series of debates in biology from 1860 to 1910-from the instincts of honeybees to the inheritance of acquired characteristics-in which the pragmatists were active participants. If we want to understand the pragmatists and their influence, Pearce argues, we need to understand the relationship between pragmatism and biology.