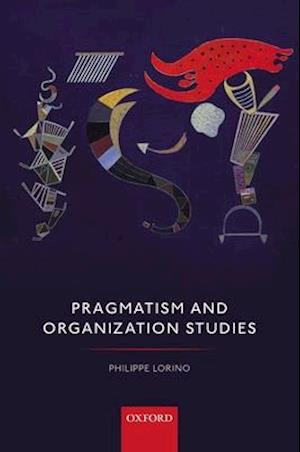 Many streams of research in organization and management have criticized the mainstream view of organizations as decision-making and information-processing structures, controlled through rational representations (substantive or procedural rationality). In spite of their differences, these streams of research share some key theoretical principles: Their processual view of organizing as 'becoming', their emphasis on the key role of action and action meaning; their interest in the agential power of artefacts and objects; the exploratory and inquiring nature of organizing.This book argues that Pragmatist thought can contribute to those approaches offering some theoretical argument, both as a general intellectual orientation and as a conceptual toolbox. As a general attitude, Pragmatism develops a radical critique of all the dualisms which often hinder organization studies: Thought and action, design and utilization, decision and execution, reality and representation, to name a few. As a conceptual toolbox, Pragmatism can contribute and clarify key concepts fororganization and management studies, such as inquiry, semiotic mediation, habit, abduction, trans-action, and valuation.However, Pragmatist thought is still little known by organization and management scholars and by reflexive managers. The proposed book aims at making pragmatist key notions accessible to them and applicable to theorize organizations and transform managerial practices.

Forfattere
Bibliotekernes beskrivelse This book aims to make the pragmatist intellectual framework accessible to organization and management scholars. It presents some fundamental concepts of Pragmatism, their potential application to the study of organizations and the resulting theoretical, methodological, and practical issues.PRIZES:Winner of Winner of the 2019 EGOS Book Awards EURAM 2019 Best Book of the Year Award finalist.