POWs and the Great War

- Captivity on the Eastern Front

indgår i serie The Legacy of the Great War 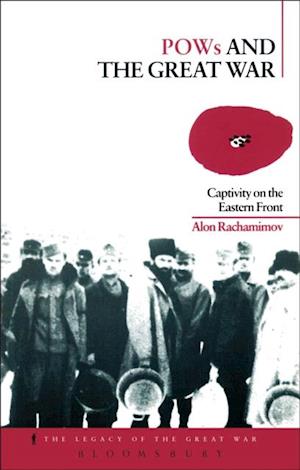 Joint Winner of Fraenkel Prize for Contemporary History 2001, London. Winner of Talmon Prize, Israel, awarded by the Israeli Academy of Sciences. Although it was one of the most common experiences of combatants in World War I, captivity has received only a marginal place in the collective memory of the Great War and has seemed unimportant compared with the experiences of soldiers on the Western Front. Yet this book, focusing on POWs on the Eastern Front, reveals a different picture of the War and the human misery it produced. During four years of fighting, approximately 8.5 million soldiers were taken captive, of whom nearly 2.8 million were Austro-Hungarians.This book is the first to consider in-depth the experiences of these prisoners during their period of incarceration. How were POWs treated in Russia? What was the relationship between prisoners and their home state? How were concepts of patriotism and loyalty employed and understood? Drawing extensively on original letters and diaries, Rachamimov answers these and other searching questions. In the process, major omissions in previous historiography are addressed. Anyone wishing to have a rounded history of the Great War will find this book fills a major gap.