Power and the Ruling Classes in Northeast Brazil 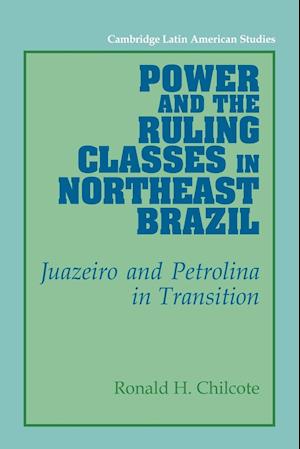 This case study of the structure of power and ruling-class domination in the heart of the sertao of Northeast Brazil is based upon six field trips over a period of fifteen years. Analysis of the political economy of Juazeiro, Bahia, and Petrolina, Pernambuco - two contiguous towns along the Sao Francisco River - focuses on the history of patriarchal families, ruling class, and patrimonial governments. Family dominance is related to the rise of the Coelhos in Petrolina and the decline of the Vianas in Juazeiro. Agressive tactics and links to Recife allowed the Coelhos to expand and assume control over most commerce in Petrolina and neighbouring municipalities to Juazeiro. In both situations the intervention of the state in the region, usually bolstered by international credits, affected traditional standards of living. The construction of the Sobradinho Dam, for example, brought problems for small farmers along the banks of the Sao Francisco who could no longer count on the natural flow of river water. State policy also favored corporations to the detriment of small producers on cooperative farms.

Forfattere
Bibliotekernes beskrivelse This case study of the structure of power and ruling-class domination in the heart of the sertao of Northeast Brazil. Worked examples or Exercises