- Understanding the Anger of Britain's Underclass 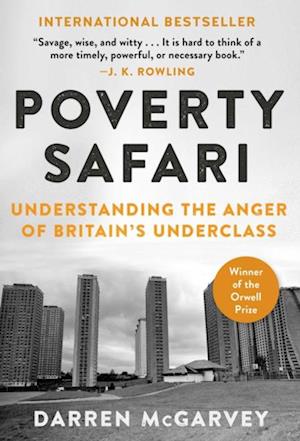 ';Savage, wise, and witty . . . It is hard to think of a more timely, powerful, or necessary book.'--J. K. RowlingInternational Bestseller! For readers of Hillbilly Elegy and Evicted, the Orwell Prizewinner that helps us all understand Brexit, Donald Trump, and the connection between poverty and the rise of tribalism in the United Kingdom, in the US, and around the world. Darren McGarvey has experienced poverty and its devastations firsthand. He grew up in a community where violence was a form of currency and has lived through addiction, abuse, and homelessness. He knows why people from deprived communities feel angry and unheard. And he wants to explain . . .So he invites you to come along on a safari of sorts. But not the kind where the wildlife is surveyed from a safe distance. His vivid, visceral, and cogently argued bookpart memoir and part polemictakes us inside the experience of extreme poverty and its stresses to show how the pressures really feel and how hard their legacy is to overcome.Arguing that both the political left and right misunderstand poverty as it is actually lived, McGarvey sets forth what everybodyincluding himselfcould do to change things. Razor-sharp, fearless, and brutally honest, Poverty Safari offers unforgettable insight into conditions in modern Britain, including what led to Brexitand, beyond that, into issues of inequality, tribalism, cultural anxiety, identity politics, the poverty industry, and the resentment, anger, and feelings of exclusion and being left behind that have fueled right-wing populism and the rise of ethno-nationalism.