Postcolonialism, Diaspora, and Alternative Histories - The Cinema of Evans Chan 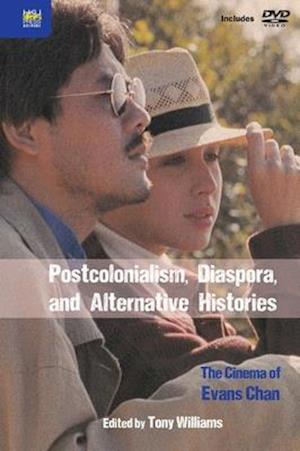 Forfattere
Bibliotekernes beskrivelse This volume offers the first comprehensive survey of the cinema of Evans Chan, a New York-based playwright, author, and filmmaker whose acclaimed films include To Liv(e), The Map of Sex and Love, and Datong. In this collection of essays on Chan's documentary and feature films seven experts on cultural and film studies examine the unique blending of fictional representation, historical investigation, and critical essayism that characterize Chan's oeuvre. They discuss how Chan's work brings out the contradictory nature of the distant and recent past through his exploration of Hong Kong's rapid transformation before and after reunification with China in 1997. The volume concludes with an interview with Evans Chan on his work to date and includes two DVDs containing five of his most important films. The book will appeal to scholars and students who are interested in China and Hong Kong cinema, postcolonial studies, cultural studies, and diaspora studies.