Political Unions, Popular Politics and the Great Reform Act of 1832 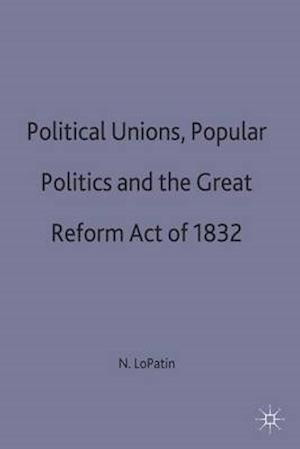 This book is the first on the creation, development and influence of popular politics, specifically the role of Political Unions, on the Great Reform Act of 1832. Political Unions and the force of public opinion played a vital role in seeing the Reform Bill through Parliament and setting England on the path of peaceful, legislative reform. Their emphasis on representing the 'industrious' classes linked the Unions to the emerging debates - political and socio-economic - in later Victorian Britain and the evolution of British participatory democracy.