- Variations on a Realist Theme 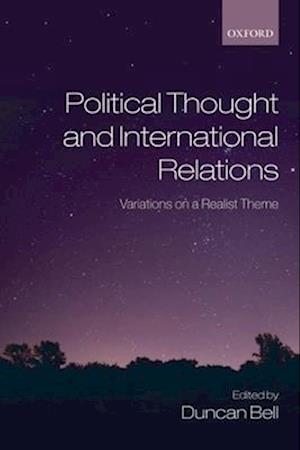 Political realism dominated the field of International Relations during the Cold War. Since then, however, its fortunes have been mixed: pushed onto the backfoot during 1990s, it has in recent years retuned to the centre of scholarly debate. Despite its prominence in International Relations, however, realism plays only a marginal role in contemporary international political theory. It is often associated with a form of crude realpolitik that ignores the ethical dimensions of political life. The contributors to this book explore alternative understandings of realism, seeing it as a diverse and complex mode of political and ethical theorising rather than simply a "value-neutral" social scientific theory or the unreflective defence of the national interest. A number of the chapters offer critical interpretations of key figures in the canon of twentieth century realism, including Hans Morgenthau, E. H. Carr, and Reinhold Niebuhr. Others seek to widen the lens through which realism is usually viewed, exploring the writings of Martin Heidegger, Hannah Arendt, and Leo Strauss.Finally, a number of the contributors engage with general issues in international political theory, including the meaning and value of pessimism, the relationship between power and ethics, the purpose of normative political theory, and what might constitute political "reality." Straddling International Relations and political theory, this book makes a significant contribution to both fields.

Forfattere
Bibliotekernes beskrivelse Political realism dominated the study of international relations during the Cold War and has again in recent years retuned to the centre of scholarly debate in international relations. In this book leading authors analyse various historical and philosophical themes, probing the potential and the pathologies of realist thought.