Political Representation and Elections in Britain 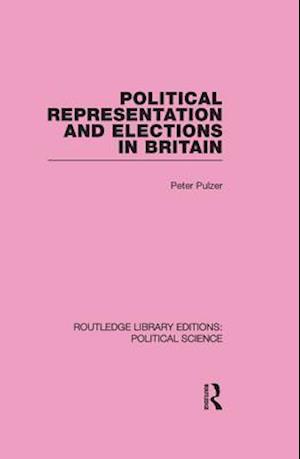 Originally published in 1972, this edition includes expanded sections on class and voting and elites and participation in modern democracy. Many popular misconceptions - about the militancy of party activists, the relations between MPs and constituents, the role of TV and the fairness of the electoral system - are critically examined. Equally important is the review of representational theories, from Greek to Victorian, in the light of what we know today about the workings of Parliament, the role of pressure groups and the mixture of rational and irrational motives in human behaviour. A range of twentieth century critiques, including those of Robert Michels, Joseph Schumpeter, Robert Dahl and Peter Bachrach is presented. Wherever possible, British experience is compared with that of the USA, continental Europe or the Commonwealth.