- Studies in its History, Theory and Practice 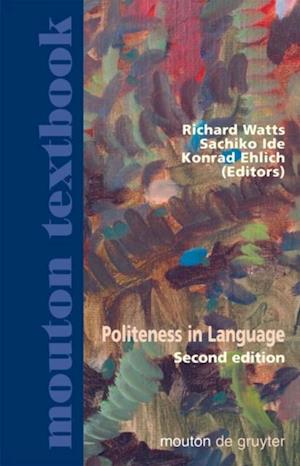 The second edition of this collection of 13 original papers contains an updated introductory section detailing the significance that the original articles published in 1992 have for the further development of research into linguistic politeness into the 21st century. The original articles focus on the phenomenon of politeness in language. They present the most important problems in developing a theory of linguistic politeness, which must deal with the crucial differences between lay notions of politeness in different cultures and the term 'politeness' as a concept within a theory of linguistic politeness. The universal validity of the term itself is called into question, as are models such as those developed by Brown and Levinson, Lakoff, and Leech. New approaches are suggested. In addition to this theoretical discussion, an empirical section presents a number of case studies and research projects in linguistic politeness. These show what has been achieved within current models and what still remains to be done, in particular with reference to cross-cultural studies in politeness and differences between a Western and a non-Western approach to the subject. The publication of this second edition demonstrates that the significance of the collection is just as salient in the first decade of the new millennium as it was at the beginning of the 1990s.