- Urban Crime and the Limits of Terror 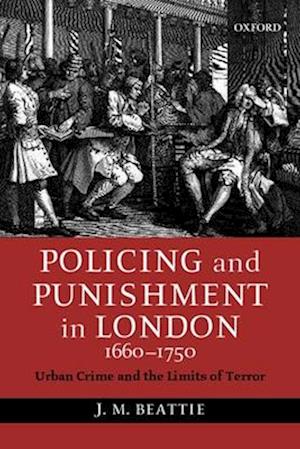 The intensification of marketing activities in recent years has led the public to become much more aware of its role as consumers. Yet, the increased visibility of marketing materials and associated messages in everyday life is in contrast with the often little understood inner workings of the marketing profession itself, despite the widespread recognition of marketers as key agents in shaping the face of global capitalism. Inside Marketing offers a theoretically informed critical perspective on contemporary marketing practice and its growing cultural, economic, and political influence worldwide. This book brings together leading scholars and practitioners from the fields of business, history, economic sociology, and cultural anthropology, to analyse the inner workings and outer effects of marketing as a material social practice, an ideology, and a technique. Their work raises some important and timelyquestions. How has marketing transformed the pharmaceutical industry and what are the consequences for our lives? How does marketing influence the way we think of progress and modernity? How has marketing changed the way we think of childhood? And how does marketing appropriate the creativity of consumers forprofit? This book offers scholars, policy-makers, and practitioners a theoretical and conceptual understanding of how marketing works as a cultural institution and as an ideology.This study examines the considerable changes that took place in the criminal justice system in the City of London in the century after the Restoration, well before the inauguration of the so-called 'age of reform'. The policing institutions of the City were transformed in response to the problems created by the rapid expansion of the metropolis during the early modern period, and as a consequence of the emergence of a polite urban culture. At the same time, the Cityauthorities were instrumental in the establishment of new forms of punishment - particularly transportation to the American colonies and confinement at hard labour - that for the first time made secondary sanctions available to the English courts for convicted felons and diminished the reliance onthe terror created by capital punishment. The book investigates why in the century after 1660 the elements of an alternative means of dealing with crime in urban society were emerging in policing, in the practices and procedures of prosecution, and in the establishment of new forms of punishment.

Forfattere
Bibliotekernes beskrivelse Marketing is a ubiquitous feature of contemporary society, and its presence in our lives is something we are ever-more aware of as the intensity and scope of its activities has increased. Inside Marketing offers a critical perspective on marketing and its growing influence on today's world from a pre-eminent group of scholars and practitioners.This study examines the changes in the criminal justice system in the City of London from 1660 to 1750. It investigates why the elements of an alternative 8pp halftone plates, 1 map, 1 figure and numerous tables