- Philosophy and Religion in Neoplatonism 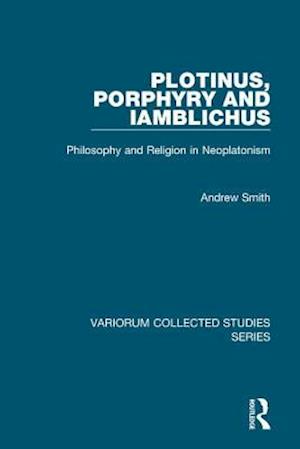 This selection of twenty-five essays by Andrew Smith is devoted to Neoplatonism and especially to Plotinus and Porphyry. It deals with Plotinus' development of the Platonic Forms, and includes a lengthy assessment of Porphyry's contribution to the Platonic tradition. The themes also embrace a number of issues that have become particularly prominent in the more recent growth of interest in these philosophers of late antiquity. For example, the importance of practical ethical activity is examined particularly in the case of Plotinus and it is argued from several perspectives that a theoretical basis for reconciling the life of contemplation with that of everyday living may be found in his metaphysics. This also involves his speculations on time and eternity as well as his observations about human consciousness. A closer examination of the role of religion, magic and myth in the life of the philosopher reveals a much richer and more nuanced appreciation of their importance than has been accorded them by an earlier generation of scholars. In particular the contribution of Iamblichus is recognised as a profound attempt to account for divine activity in the world and the first attempt to propose a solution to the problems involved in presenting metaphysics of religious ritual.

Forfattere
Bibliotekernes beskrivelse Deals with Plotinus' development of the Platonic Forms, and includes an assessment of Porphyry's contribution to the Platonic tradition. This title embraces a number of issues that have become particularly prominent in the growth of interest in these philosophers of late antiquity.