Playing with a Lawyer 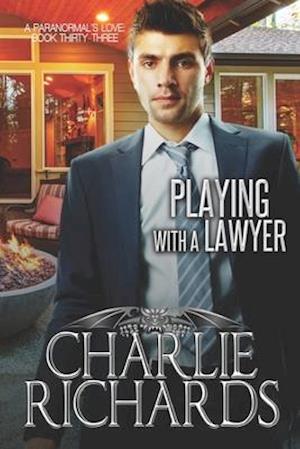 Lawyer Jory Dartmore runs across some confusing points in a case file. He calls the ex-employee who'd been working on the file, Attain Walsh, but his phone is picked up by the man's lover, Ssimeas. When Ssimeas tells Jory that Attain is unavailable for a while, he invites Jory to the ranch for dinner and to speak with Attain afterward. Jory accepts, curious about the man who'd won the heart of Attain, a confirmed bachelor.Jory enjoys the meal and the company before slipping into an office to speak privately with Attain. When he opens the door to leave, he comes face to face with...something other. To Jory's eternal embarrassment, he faints.Biscane would forever feel horrible for freaking out his mate, even though he wasn't trying to. He was just heading upstairs with his breakfast when a scent catches his attention. He can't resist pausing to sniff around the door. While growling with delight at the delicious aroma...the door opens, and Jory appears. Fortunately, Biscane's gargoyle reflexes and strength make it easy to catch him.Upon finding out that Jory is a high-profile lawyer working at a firm with at least one homophobe, can Biscane figure out a way to bring his human round to the idea of sharing a life with him?