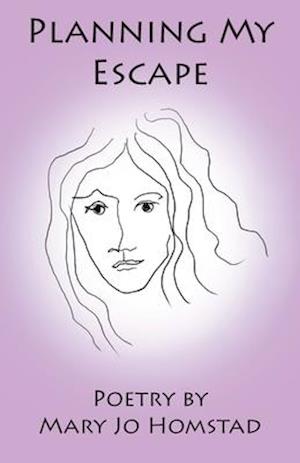 A sparkling collection of poetry from the late Iowa poet Mary Jo Homstad (1947-1979). A sensitive and witty craftsperson shares her sense of magic in the people and unique landscape of northeast Iowa, her struggles with the chaos of love and her confrontations with the mystery of death. In his moving Foreword, folk artist Greg Brown writes that Mary's poems "are born in the holy and the daily flies out of them: tomatoes, old bodies, dust, family members." And yet: "Her poems slide easy as water."

Most of the 145 poems were previously collected in Weavings, published in 1980, shortly after the poet's death. A first print run of 600 copies led to a second edition. A dozen poems appear here in print for the first time.

"Mary thought of herself as a poet," according to her brother Carl. Planning My Escape is likely to make that opinion universal.

You are in for a lively ride.