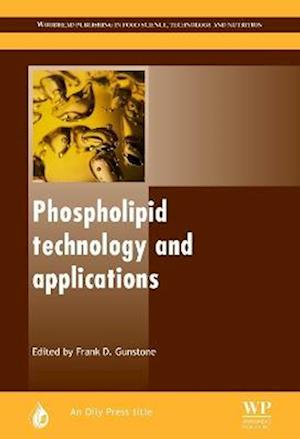 Phospholipid technology and applications is an essential reference for technologists developing food and cosmetics products, scientists researching phospholipids in biological and food systems, technologists in fats and oils refining, and scientists developing drugs and drug delivery systems and carriers.The major source of phospholipids is the lecithin recovered during degumming of vegetable oils, particularly soybean oil. This crude material finds uses in its own right but can be purified through a series of processes which eventually lead to individual phospholipid classes such as phosphatidylcholines.It is widely accepted that oil and water do not mix but there are several areas in science and technology where these two distinct phases must coexist in stable emulsions. This is achieved by admixture of amphiphilic molecules of which the phospholipids are important natural examples. Today, phospholipids find many uses in the food industry and in other industries which exploit the amphiphilic nature of these compounds. Further, there are now important procedures by which their amphiphilicity can be optimized for different uses.The early chapters in this book are devoted to the more common glycerol-based phospholipids and cover their structure, source, composition, modification by chemical and enzymatic methods, their physical, chemical, and nutritional properties, and their major uses. The final chapter is devoted to another kind of phospholipid, the sphingolipids, in which there is a growing interest.