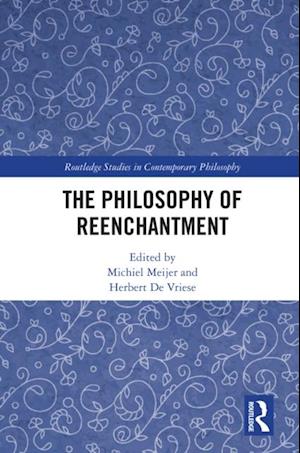 This book presents a philosophical study of the idea of reenchantment and its merits in the interrelated fields of philosophical anthropology, ethics, and ontology. It features chapters from leading contributors to the debate about reenchantment, including Charles Taylor, John Cottingham, Akeel Bilgrami, and Jane Bennett.The chapters examine neglected and contested notions such as enchantment, transcendence, interpretation, attention, resonance, and the sacred or reverence-worthy-notions that are crucial to human self-understanding but have no place in a scientific worldview. They also explore the significance of adopting a reenchanting perspective for debates on major concepts such as nature, naturalism, God, ontology, and disenchantment. Taken together, they demonstrate that there is much to be gained from working with a more substantial and affirmative concept of reenchantment, understood as a fundamental existential orientation towards what is seen as meaningful and of value.The Philosophy of Reenchantment will be of interest to scholars and advanced students in philosophy-especially those working in moral philosophy, metaphysics, philosophy of religion, theology, religious studies, and sociology.