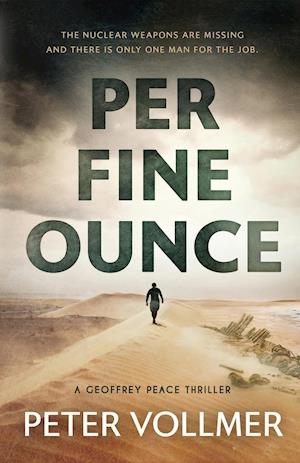 The nukes are missing and there is only one man for the job.

Commander Geoffrey Peace, an ex-submarine commander and now a trained agent in MI6, is sent undercover to the picturesque Southern tip of Africa shortly after Nelson Mandela’s release and the unbanning of the African National Congress. Posing as Lord Digby Brentwood, Peace must infiltrate a group of ultra right-wing Afrikaaners in a country undergoing great political change.

The hard-right Afrikaner movement in South Africa, with prominent Afrikaner gold-mining industrialist Anton Van Rhyn as one of its leaders, refuses to forfeit its supremacy in the new democratic South Africa. To that end, they hijack gold bullion shipments to finance their insurrection and sabotage the decommissioning of South Africa’s nuclear arsenal, while retaining a number of warheads for themselves.

Not only must he find and disarm the nukes, but he must salvage the shipment of gold that lies buried in the ocean on the Skeleton Coast of Namibia. Peace prefers to work alone, but this time the Vice Admiral has paired him with covert MI6 agent Cherry Boxx. Together they will traverse deserts and snow-covered mountains and save a country from a threat it did not realise was right on its doorstep.

Now all Peace has to do is keep them both alive...