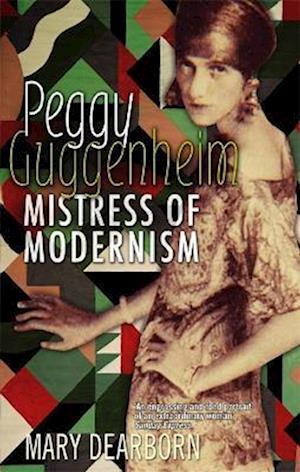 This new biography of Peggy Guggenheim charts the life of the infamous, multi-talented art collector and personality. Great-granddaughter of Swiss immigrant Simon Guggenheim, and daughter of Benjamin Guggenheim, who went down on the Titanic, Peggy Guggenheim was an extremely controversial figure, censured for everything from stinginess to sexual voraciousness. She was known for taking lovers at the drop of a beret as much as for her choices in modern art. Known as the enfant terrible of the art world, Peggy Guggenheim was one of its most significant patrons and promoters as well as its impresario, with her personal and professional life intermingled.A captivating story of Peggy Guggenheim; her charismatic personality and her talents, the culture that shaped her and that she went on to transform. Mary Dearborn's colourful personal and cultural biography locates Peggy Guggenheim in an array of shifting and colliding cultures, providing a story of this complicated and talented woman and the culture that shaped her and that she went on to transform.

Forfattere
Bibliotekernes beskrivelse Now in paperback, this fabulous biography of Peggy Guggenheim charts the life of the infamous, multi-talented art collector and personality 'An engrossing and fond portrait of an extraordinary woman' Sunday Express Section: 16, b/w