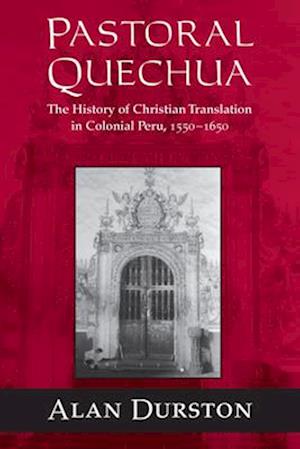 Pastoral Quechua explores the story of how the Spanish priests and missionaries of the Catholic church in post-conquest Peru systematically attempted to "incarnate" Christianity in Quechua, a large family of languages and dialects spoken by the dense Andes populations once united under the Inca empire. By codifying (and imposing) a single written standard, based on a variety of Quechua spoken in the former Inca capital of Cuzco, and through their translations of devotional, catechetical, and liturgical texts for everyday use in parishes, the missionary translators were on the front lines of Spanish colonialism in the Andes. The Christian pastoral texts in Quechua are important witnesses to colonial interactions and power relations. Durston examines the broad historical contexts of Christian writing in Quechua; the role that Andean religious images and motifs were given by the Spanish translators in creating a syncretic Christian-Andean iconography of God, Christ, and Mary; the colonial linguistic ideologies and policies in play; and the mechanisms of control of the subjugated population that can be found in the performance practices of Christian liturgy, the organization of the texts, and even in certain aspects of grammar.