Past and Future Sins

- The Fifth Book of Gabriel 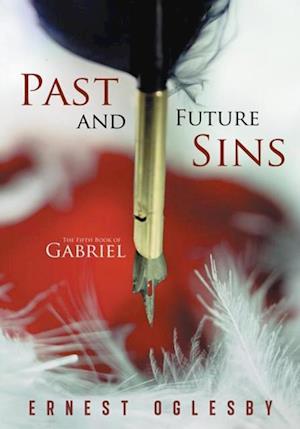 The angel has always been in the temple. Nathaniel has lived through countless ages, but now the Khmer is coming in force, and there is no resisting them. Nathaniel cowers in a hidden cave as death awaits him at the hands of the Khmer.Laura and Belle Donovan have just arrived in Cairo to view the pyramids in typical tourist fashion. While visiting a shop, Laura stumbles upon a quill pen she is sure her father, Gabriel, will love. But as soon as the pen arrives at Gabriels villa in Buenos Aires, he is shocked. The last time he saw a similar feather was in a laboratory where scientists were laboring to uncover the secret of the angels longevity. Perplexed, Gabriel sends the feather to a lab for testswhich reveal that the feather has been recently plucked. Somewhere out in the world is another one of Gabriels people. Without knowing whether the angel is alive or dead, Gabriel embarks on a global journey to find himand the sooner the better.In frantic search to find the last surviving angel, Gabriel must not only rescue his wife and daughter from peril, but also himself as he strives for a long-awaited reunion with one of his own.