- Mass Violence in the Shadow of the State 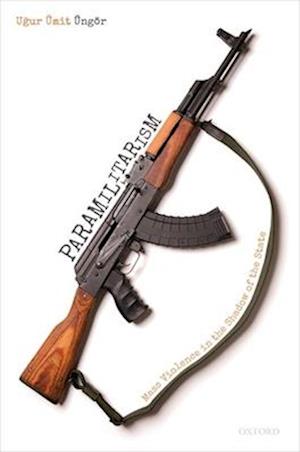 From the deserts of Sudan to the jungles of Colombia, and from the streets of Belfast to the mountains of Kurdistan, paramilitaries have appeared in violent conflicts in very different settings. Paramilitaries are generally depicted as irregular armed organizations that carry out acts of violence against civilians on behalf of a state. In doing so, they undermine the state's monopoly of legitimate violence, while at the same time creating a breeding ground forcriminal activities. Why do governments with functioning police forces and armies use paramilitary groups? This study tackles this question through the prism of the interpenetration of paramilitaries and the state.The author interprets paramilitarism as the ability of the state to successfully outsource mass political violence against civilians that transforms and traumatizes societies. It analyses how paramilitarism can be understood in global context, and how paramilitarism is connected to transformations of warfare and state-society relations. By comparing a broad range of cases, it looks at how paramilitarism has made a profound impact in a large number of countries that were different, butnevertheless shared a history of pro-government militia activity. A thorough understanding of paramilitarism can clarify the direction and intensity of violence in wartime and peacetime. The volume examines the issues of international involvement, institutional support, organized crime, party politics, andpersonal ties.

Forfattere
Bibliotekernes beskrivelse From the deserts of Sudan to the jungles of Colombia, from the streets of Belfast to the mountains of Kurdistan, paramilitaries have appeared in violent conflicts. Ungor presents a comparative and global overview of paramilitarism, showing how states use it to successfully outsource mass political violence against civilians.