Our Darkness, His Light 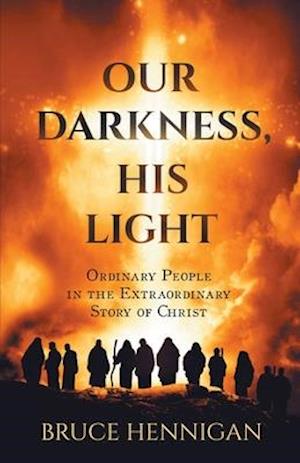 Who made room in the inn for a pregnant girl? Who asked Jesus about taxes? Who carved the bowl Jesus used to wash his disciples' feet? Who owned the rooster that signaled to Peter his greatest failure?

"Our Darkness, His Light" tells the stories of the "ordinary" people who were suddenly and surprisingly thrust into the limelight as they played a part in the greatest Story ever told. These seemingly insignificant people swirled around the events of the life of the Prince of Peace from the crowded streets of Bethlehem to the empty tomb. Each person was an intended part of the Story - in their pain, their weakness, their failings, their flaws, their darkness. These ordinary people were a part of the Story God was unfolding, the nexus of redemption, the center of all of time and space coming into focus on the cross. Their darkness allowed the Light of Life to shine into the world - Jesus Christ.