- Evolving Social, Political, and Gender Concerns in Her Fiction 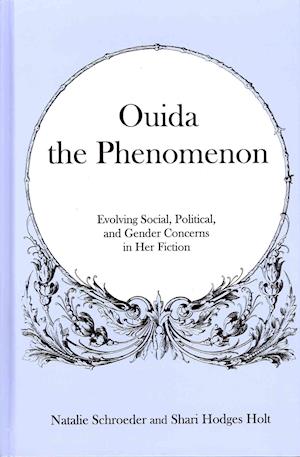 This first full-length study of the works of best-selling Victorian novelist Ouida (Marie Louise Rame) examines the evolution of social, political, and gender issues in Ouida's fiction, from her high society romances of the 1860s to her satirical exposes of contemporary society in the 1890s. Schroeder and Holt demonstrate the significance of this relatively unexamined author's works for literary studies today by investigating the ideological connections between Victorian, modern, and postmodern cultures inherent in Ouida's works, while revealing Ouida's oeuvre as a complex reflection of Victorian cultural paradoxes. Situating Ouida within the context of central nineteenth-century cultural debates such as the New Woman controversy, the Aesthetes' discourse in alternative male sexualities, and the aesthetic controversy over popular sensation fiction, Schroeder and Holt likewise examine how Ouida's concerns anticipate such modern/postmodern issues as the conflict between popular and 'high' culture and the development of a consumerist society based on commodity spectacle.