- Spirituality and the Search for Invisible Dimensions 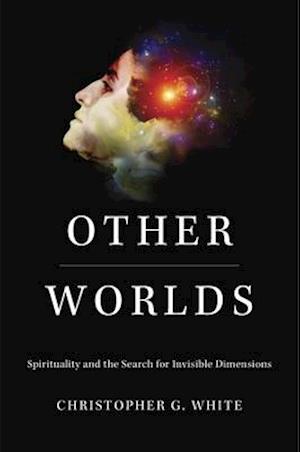 What do modern multiverse theories and spiritualist seances have in common? Not much, it would seem. One is an elaborate scientific theory developed by the world's most talented physicists. The other is a spiritual practice widely thought of as backward, the product of a mystical world view fading under the modern scientific gaze.But Christopher G. White sees striking similarities. He does not claim that seances or other spiritual practices are science. Yet he points to ways that both spiritual practices and scientific speculation about multiverses and invisible dimensions are efforts to peer into the hidden elements and even the existential meaning of the universe. Other Worlds examines how the idea that the universe has multiple, invisible dimensions has inspired science fiction, fantasy novels, films, modern art, and all manner of spiritual thought reaching well beyond the realm of formal religion. Drawing on a range of international archives, White analyzes how writers, artists, filmmakers, televangelists, and others have used the scientific idea of invisible dimensions to make supernatural phenomena such as ghosts and miracles seem more reasonable and make spiritual beliefs possible again for themselves and others.Many regard scientific ideas as disenchanting and secularizing, but Other Worlds shows that these ideas-creatively appropriated in such popular forms as C. S. Lewis's Chronicles of Narnia, the art of Salvador Dali, or the books of the counterculture physicist "Dr. Quantum"-restore a sense that the world is greater than anything our eyes can see, helping to forge an unexpected kind of spirituality.

Forfattere
Bibliotekernes beskrivelse Christopher White points to ways that both spiritual practices and scientific speculation about multiverses and invisible dimensions are efforts to peer into the hidden elements and even existential meaning of the universe. Creatively appropriated, these ideas can restore a spiritual sense that the world is greater than anything our eyes can see. 19 halftones, 15 line illustrations