- The Quest for Our Cosmic Roots 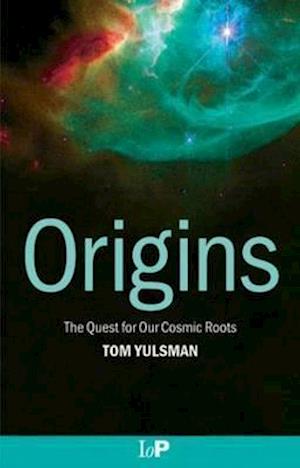 With stunning regularity, the search for our cosmic roots has been yielding remarkable new discoveries about the universe and our place in it. In his compelling book, Origins: The Quest for Our Cosmic Roots, veteran science journalist Tom Yulsman chronicles the latest discoveries and describes in clear and engaging terms what they mean.From the interior of protons to the outer reaches of the universe, and from the control room of one of the world's most powerful particle accelerators to an observatory atop the tallest mountain in the Pacific basin, Yulsman takes readers on a fantastic voyage at the cutting edge of science. How could the universe have sprouted from absolute nothingness? What is the origin of galaxies? How do stars and planets form? And despite what now seem to be incredible odds, how did Earth come to be a rich oasis of biodiversity-one that has given rise to a species intelligent enough to ask these questions? In laying out the answers, Origins addresses some of the most profound issues humans have ever confronted.

Forfattere
Bibliotekernes beskrivelse How could the universe have sprouted from absolute nothingness? What is the origin of galaxies? And, how do stars and planets form? Laying out the answers, this book addresses some of the profound issues humans have ever confronted. It chronicles the discoveries and describes what they mean. 14 Illustrations, black and white