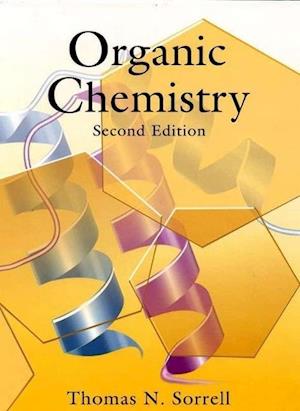 The second edition of OrganicChemistry maintainsall the innovative features of the first edition in a sleeker, slimmer, andeasier-to-navigate design. Hailedby J Chem Ed as "the new wave" inorganic textbooks, this book's mechanistic approach constructs organicchemistry from the ground up. Byfocusing on the points of reactivities in organic, this text allows students toapproach more and more complex molecules with enhanced understanding. Also noteworthy are the biochemical examples for their variety,substance, and depth. Despite itsunique emphasis on reactivity, the book facilitates easy adoption by coveringorganic compound classes in the traditional order. Hundreds of worked examples and student exercises combine with clearwriting and sound pedagogy to make this text an exceptional choice. What'sNew in this Edition? a sleeker, slimmer volume improved organization designed for ease of use more examples and solved exercises fewer specialized topics the first chapter on nucleophilic substitution has been expanded and divided into two chapters, allowing alkyl halides and alcohol substitution reactions to be treated separately oxidation reactions of alcohols have been removed from the chapter on elimination reactions, and a separate chapter on reduction and oxidation reactions has been created (Chapter 11), which also includes discussions about the reduction and oxidation reactions of alkenes the chemistry of dienes, including the Diels-Alder reaction, have been collected in a chapter separate from the one devoted to the addition reactions of simple alkenes the order of topics in the chapters presenting spectroscopic methods has been reversed, so nuclear magnetic resonance spectroscopy is now covered first the chapter that introduces synthetic methods has been largely preserved from the first edition, but it is followed directly by the chapter on enantioselective synthesis the discussion of enantioselective reactions has been completely rewritten, and its emphasis has been changed to encourage students to think about designing enantioselective syntheses without having to memorize a lot of details about specific reagents and conditions the topic of aromatic compounds- benzene and its derivatives-has been moved, and the presentations about diazonium compounds and nucleophilic aromatic substitution reactions, have been incorporated into new Chapter 17 the chapter about about aldehydes, ketones, and carbohydrates has been divided into two chapters in the current edition, with the division made according to the reaction mechanisms involved, not according to the functional groups that are undergoing the reactions the chapter on nitrogen-containing compounds has been parceled in this edition among several chapters in the new edition in contrast, the discussions of polymer chemistry, which were interspersed throughout the book in the first edition, have been collected to form Chapter 26 in this edition

Forfattere
Bibliotekernes beskrivelse This book's mechanistic approach constructs organicchemistry from the ground up; byfocusing on the points of reactivities in organic, this text allows students toapproach more and more complex molecules with enhanced understanding.