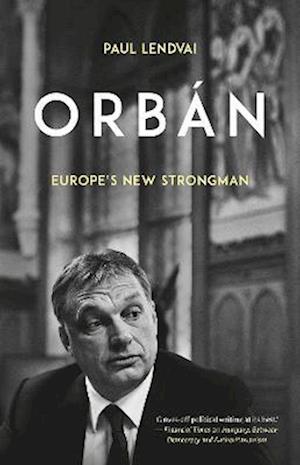 A no-holds-barred biography of Viktor Orban, the most successful--and arguably most dangerous--politician in Hungarian history.Through a masterly and cynical manipulation of ethnic nationalism, and deep-rooted corruption, Prime Minister Orban has exploited successive electoral victories to build a closely knit and super-rich oligarchy. More than any other EU leader, he wields undisputed power over his people.Orban's ambitions are far-reaching. Hailed by governments and far-right politicians as the champion of a new anti-Brussels nationalism, his ruthless crackdown on refugees, his open break with normative values and his undisguised admiration for Presidents Putin and Trump pose a formidable challenge to the survival of liberal democracy in a divided Europe. Mining exclusive documents and interviews, celebrated journalist Paul Lendvai sketches the extraordinary rise of Orban, an erstwhile anti-communist rebel turned populist autocrat. His compelling portrait reveals a man with unfettered power.

Forfatter
Bibliotekernes beskrivelse A convincing indictment of the most powerful political figure in the eastern EU ... This is gloves-off political writing at its best.' -- The Financial Times on Hungary (2012)