One Slap For Justice 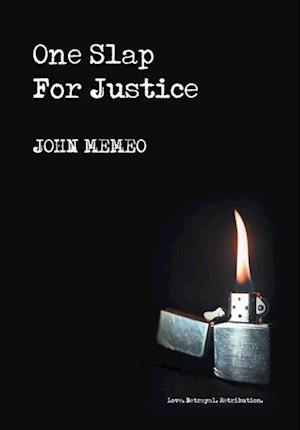 Caden Travers is an easygoing lawyer who abandoned urban living and relocated with his wife, Courtney, to a small town. Tragically, Courtney was killed in an automobile accident by a habitual drunk driver released from jail and driving on a suspended license. Caden remains haunted by that horrible night--tortured by Courtney's death and angered by the legal system that repeatedly freed her killer.

Caden's life takes an unexpected turn when his college sweetheart and former lover, Jennifer, wants to reconnect. He learns that Jennifer's younger sister, Amber, was the victim of a brutal assault by a group of men. Caden is shocked to learn, the criminal investigation was dropped, and the men were never charged.

Amber became unstable and fled the country, believing her attackers were pursuing her and intent on harming her again. Amber confides in her sister, there is a way for the nightmare to end. Jennifer fears Amber has become suicidal. Caden, however, isn't convinced suicide is what Amber has in mind.

Caden soon discovers men previously acquainted with Amber have perished under curious circumstances. A mysterious blonde woman resembling Amber has also seemingly appeared from nowhere, and Caden is convinced she is not only connected to Amber's past but the dead men as well. As Caden inches closer toward the truth, he learns more about the men who assaulted Amber, and finds himself grappling with his own past and future as he struggles to answer a simple question. What is justice?