On the Wrong Side of the Track?: East London and the Post Olympics 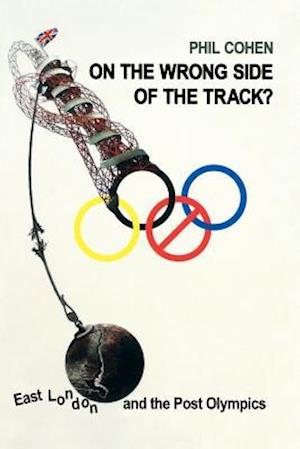 On the Wrong Side of the Track draws on insights from the human sciences to challenge the arguments of Olympophiles for whom the Games can do no wrong as well as Olympophobes for whom they can do no right, using 2012 as a lens through which to examine underlying trends in contemporary culture. Part one sets the scene, exploring the changing social and physical landscape of East London from the inside - including voices from East London communities and the Olympic Park workers - and from the outside - in the imagination of artists, social commentators and reformers who made the area into an object of public fascination and concern. The second half of the book examines the strategies that were used to present an 'Olympian' vision of London to the world; it focuses on the rhetoric and reality of regeneration and the cultural politics of staging the event, pinpointing the differences that East London and the Olympics have made, and will continue to make, to one another. The book includes a photo essay on the Olympic site, original photographs by Jason Orton, Ian F. Rogers, Loraine Leeson and Peter Dunne, and John Claridge; artworks by Aldo Katayanagi, Jake Humphrey, and Jock McFadyen; and maps by William Dant and John Wallet. The cover is a specially commissioned photomontage by Peter Kennard and Tarek Salhany. The book also includes a reading guide and is supported by an online gallery of images and other Olympic materials for further study. Phil Cohen grew up with Steve Ovett and Jean-Paul Sartre as his teenage heroes and has been trying to get them into the same book ever since. He is author of Knuckle Sandwich: Growing up in the working class city (with Dave Robins); Rethinking the Youth Question; London's Turning: The making of Thames Gateway (with Mike Rustin); and Borderscapes: memory, narrative and Un/Common Culture (to be published in 2013). His poetry has been published by Critical Quarterly, Agenda, and Soundings. A memoir Reading Room Only: memoirs of a radical bibliophile is forthcoming. He is Emeritus Professor in Cultural Studies at the University of East London.