- Methods and Meanings of Radio 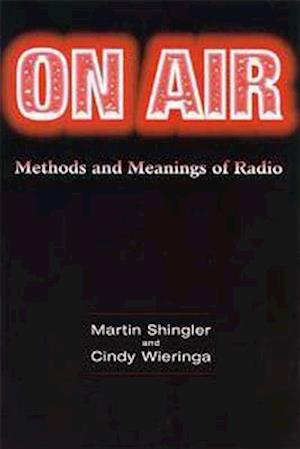 It reaches millions of people every minute of the day, it costs us virtually nothing and yet we take it entirely for granted. Superseded by television as the primary source of entertainment and information, radio still has a unique place in the mass media spectrum. While the textual properties and reception of film and television have received considerable critical attention, until now radio has only really been considered in terms of its history and its modes of production. 'On Air' adopts a wide-ranging theoretical and critical approach. It provides an in-depth examination of radio's codes (speech, music, noise and silence),and the conventions of using these codes and the dominant modes of reception. The text offers a vocabulary and methodology for analysing radio programmes, drawing on work by both media theorists and professional broadcasters in Britain, Australia, and North America. Written by an academic and a practitioner, 'On Air' provides a critical overview of radio for media students, as well as suggestions for practical activities, a time-line of major events in the history of radio, and a glossary of key terms.