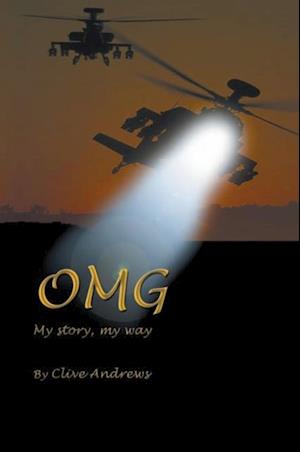 There was a buzz all around camp; a new piece of equipment hadarrived. We all wanted to get at it and play. I had had a rough run of late,which may be why I was picked as team leader that was to be first trainedon the new toy. It was a can, with a long barrel, we guessed it was a newwater cannon. The old ones looked similar and were effective, they were96 Clive Andrewsjust a high pressure hose that sprayed water over a rioting crowd, it cooledthem down and you could knock them down sometimes but that wasabout it. This new toy was fantastic, it fired water, but in single shots, eachshot released a gallon of water at about 30 miles an hour. On the targetrange, we smashed every target with one shot on each. So long as they hitthe target. I couldnt wait to use this little baby out on the streets. I didnt have to wait long, the orange men marched regularly duringthe summer season. We were sent out to aid crowd control, I hoped it started going tits up. As expected, it did. I had two sections covering me, armed with rubberbullets and some real ones too. My driver swung in to range and I had aperfect view from the flank. The only down side was to operate in comfortwith maximum accuracy, you had to be standing up in the turret, so wasopen to be fired at. I couldnt care less, I just wanted to use this huge water pistol. I tookaim and fired, just a single shot, fuck me, I thought. The paddy it hit, tookoff. I got him square in the chest, and he landed about six feet away, onhis back then curled up in a ball to protect himself. He never knew whathit him. The snatch squad went forward and grabbed him. They draggedhim behind our cover, cuffed him then threw him into the back of a policevan. Me, I just opened up on the brick-throwing crowd. It was effective if Ihit the front ones and lifted them into those behind, this was better thanten-pin bowling. I had a hundred gallon water tank on board and was determined togo back empty. I hit one after the other, sending them flying. The snatchsquad ran out of places to put those they arrested, so gave up. They justwatched, jealously. As I fired at the crowd. I caught sight of a group of four or five youths, huddled together. Thisdid not look good, as I had stopped firing for a few seconds the troopsaround me knew something was not right so everyone was looking to tryand see what was about to happen. A soldier who was up on top of mymobile water pistol, screamed, Petrol bombs. That was all it took for hellto open up on them. I fired three shots in quick succession at the group,with two of the snatch squads firing two rubber bullets all pretty much allat the same time. The result was brilliant. The whole group took off and went throughthe shop window they were standing in front off. We drove forward atthem to disperse the crowd, it made snatching them easier. The fuelOMG 97they were about to throw at us, split and ignited, There was a big fireballthat blew out the remaining sheet of glass in the shop front. One of ourpotential attackers fell to the ground and not through the window, he wasnow covered with broken glass and blood was running from a cut on hisface. From where I was sitting I couldnt see what damage had been doneand didnt really care either. The remaining four lads were now engulfed inthe fireball inside the shop. I did think about letting the fuckers burn, butthen the smell of burning flesh was nasty whether it was friend or foe, so Ifired several more shots into the shop. As the snatch squad raced in to cuffand arrest the fire bombers they turned the lad on the floor over. He was amess, a shared of glass had gone into his right eye, another had gone intohis throat. He was not going to make it. We tried but he was dead before the ambulance could get throughthe stone throwing crowd. I suppose it was justice, their own man deadbecause of their actions. The remaining four