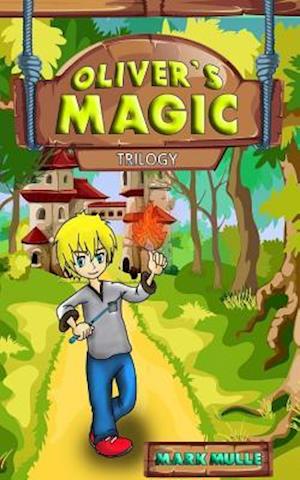 Oliver Augur is an average preteen who lives with his grandparents. He has very little memory of his parents. The only thing that has ever stood out to Oliver was his strange dreams. After his twelfth birthday more strange things start to happen. He doesn't know what is going on, but when he tells his grandparents about all of the strange things that are going on he learns the truth: he is a wizard who has just turned old enough to have magical powers.

Now, he needs to decide what he will do with these powers. Will he forget them and resume his normal human life, or will he be the best wizard he can be?

Book 2: Learning to be a Wizard

Oliver Augur has learned his family's best kept secret...he is a wizard If that wasn't confusing enough, he seems to discover new secrets every day, like the fact that his father was a wizard, he has an uncle that he had never heard of, and that he has an evil grandfather who has taken his father

Now, Oliver has set his heart and mind towards learning how to be the best wizard he can be. After all, he is going to need to learn how to use magic quickly if he wants to save his father. Even though he has already learned so much, Oliver can't help but wonder if there are even more Augur family secrets waiting to be discovered.

Oliver Augur found out he was a wizard only weeks ago, and since then his life has been turned completely upside down. His uncle Al, who he never knew existed, took him on as an apprentice, teaching him everything he knew about magic. The only problem was that learning basic magic was boring, so Oliver wanted to learn something a little more exciting, which prompted him to study more advanced magic on his own. Oliver didn't know what he was doing, one thing led to another, and then he and his uncle had to leave town to find Oliver's grandfather--the most evil wizard Oliver knew of. They traveled to his home, only to be cornered by him. Now, they are trapped in his home, and Oliver is the only one who can now save himself, his uncle, and his long lost father. Now all Oliver can think to ask himself is, "Do I have what it takes?"