- Shortlisted for the Bollinger Everyman Wodehouse Prize for Comic Literature 2019 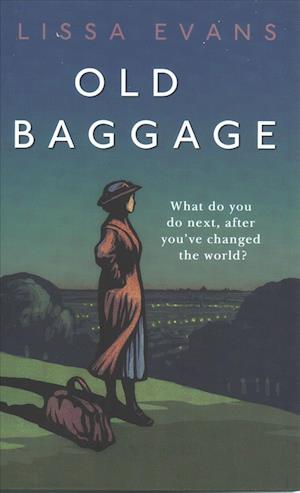 'The work of a novelist in her prime' Daily Telegraph'Wise and witty' Sarah Hughes, Observer'Essential . . . Evans is a brilliant storyteller' StylistWhat do you do next, after you've changed the world?It is 1928. Matilda Simpkin, rooting through a cupboard, comes across a small wooden club - an old possession of hers, unseen for more than a decade.Mattie is a woman with a thrilling past and a chafingly uneventful present. During the Women's Suffrage Campaign she was a militant. Jailed five times, she marched, sang, gave speeches, smashed windows and heckled Winston Churchill, and nothing - nothing - since then has had the same depth, the same excitement.Now in middle age, she is still looking for a fresh mould into which to pour her energies. Giving the wooden club a thoughtful twirl, she is struck by an idea - but what starts as a brilliantly idealistic plan is derailed by a connection with Mattie's militant past, one which begins to threaten every principle that she stands for.Old Baggage is a funny and bittersweet portrait of a woman who has never, never given up the fight.'Utterly wonderful and intelligent' India Knight, Sunday Times Magazine'A timely, bittersweet comic novel' Guardian'This beautifully written story teems with atmosphere and perfect period detail but it's the brave and brilliant Mattie that makes it unforgettable' Sunday Mirror'A thoughtful, funny, companionable novel, offering an invigoratingly fresh vantage on a well-trodden period' Patricia Nicol, Sunday Times

Forfattere
Bibliotekernes beskrivelse Jailed five times, she marched, sang, gave speeches, smashed windows and heckled Winston Churchill, and nothing - nothing - since then has had the same depth, the same excitement.